“The four most dangerous words in investing are ‘This time it’s different.’”

In 1828, Scottish botanist Robert Brown observed that minuscule particles found in pollen grains remained in constant motion.  Thereafter, he discovered that this phenomenon was not restricted to only pollen grains, but rather was present in any finely ground substance suspended in water.

The search for an explanation for Brown’s observations ultimately led to the advent of “stochastic modeling”, a revolutionary methodology for forecasting the unknown.  Stochastic models randomly vary one or more model inputs over time.  The random variation is usually based on fluctuations observed in historical data. The end result is a mathematical projection of potential future outcomes. [2]

Like the random movements of particles suspended in water, the future of the stock market, the economy, etc. is never certain.  As a result,  blindly following predictions as to what comes next for the markets and the economy is one of the biggest mistakes an investor can make.

For example, for the last several months many of the talking heads that appear on CNBC and elsewhere have been preaching that if interest rate on a 2-year Treasury Note rises above the 10-year rate (that is, the yield curve inverts), then a recession is sure to follow.  The basis for this conclusion is an inverted yield curve has preceded the last 5 recessions.  Notwithstanding Mr. Templeton’s sage advice, in a blog I posted a few weeks back I discussed why this time could be different and why, in my opinion, a recession may not follow an inverted yield curve this time.

There’s also a growing chorus of market commentators who are advising investors to stay away from value stocks (that is, stocks that are trading at a discount to their current fundamental value), notwithstanding the value factor’s long-term history of outperforming the equity market as a whole.  These pundits point to value stocks’ recent underperformance as evidence that this time is different for value stocks factor.  Perhaps, but I’m not betting against a value stock comeback.

History provides ample examples of instances where policy makers, economists, and investors ignored history’s lessons only to find that history does tend to repeat itself. In their book “This Time Is Different: Eight Centuries of Financial Folly”, authors Carmen M. Reinhart and Kenneth S. Rogoff point to a variety of examples when betting against history proved to be a fool’s wager.

On the other hand, circumstances do change and so the past doesn’t always offer a perfect view of the future. For example, although the value factor has enjoyed an impressive track record, it is quite possible that its popularity with investors, the increased importance of technology, the impact of the internet revolution on retail sales and product distribution, and sustained low interest rates are game-changers that just may have killed the value factor.  (You can read an obituary for the value factor here.)

The key takeaway from the foregoing discussion: it’s virtually impossible to know, with a high degree of certainty, whether it’s truly different this time. As a result, there’s a case for a passive approach to investing by simply investing in ETFs that track broad market indexes.

While a broadly defined passive investment strategy can be counted on to deliver market returns, a passive strategy also subjects investors to all of the risk that is inherent in the total market.  By comparison, academically sound investment strategies that adapt investment portfolios to reflect changes in economic and market conditions have the potential to provide superior returns, lower risk, or both.

Not all tactical asset allocations are created equal, however.  The best share three traits:

As for H.G. Wells, he was spectacularly wrong about World War One’s capacity to end human conflicts, but what he lacked as a policy analyst he more than made up with narrative ability. His 1898 novel “The War of the Worlds”, which tells the tale of a Martian invasion of England, is considered by many to be one of the greatest works of the sci-fi genre.  No less famous is the book’s 1938 radio adaptation, which reported that Martians had landed in New Jersey. The simulated news broadcast, which featured regularly updated bulletins, provoked panic throughout the United States.  Later radio adaptations also resulted in mass hysteria and even caused several deaths in Ecuador.

You can learn more about the panic unleashed by the radio broadcast here, watch the official trailer for the 1953 movie version of the novel here, and listen to the entire one-hour 1938 broadcast here. Enjoy! 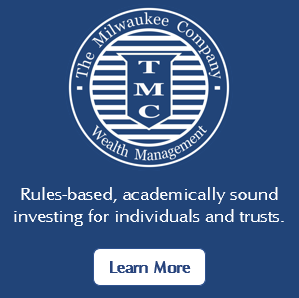